I have four rounds of chemo left. Which is awesome because it means I have less than eight weeks left. We’re getting there! And it means that I can look back at my progress so far…my JOURNEY (barf, gag), if you will, with a little bit more hindsight. And this week, even though it was a bad week, had a lot of cool stuff going on, so it’s probably the best bad week to date. Also, because I have one less chemo drug to take (Bye bleomyacin! See ya never!), it also means I get another day and a half back. So, by Wednesday evening I’m doing exceptionally well. Again…woohoo!

So here’s my bad week so far. In pictures. Cause that’s just more fun.

On Sunday, Jake and Jackson braved the rain to cheer on the runners and drink some bloodys (Jake, not Jackson, obvi). I was feeling pretty crappy that day or I totally would have gone. Instead, I stayed back and watched Nightmare before Christmas. Classic Halloween flick, right?

My mom came down this week (Sunday through Thursday) to hang out and cook delicious food. And I gave her this photo album I’d made for her and my dad for their birthdays (both have birthdays in October). 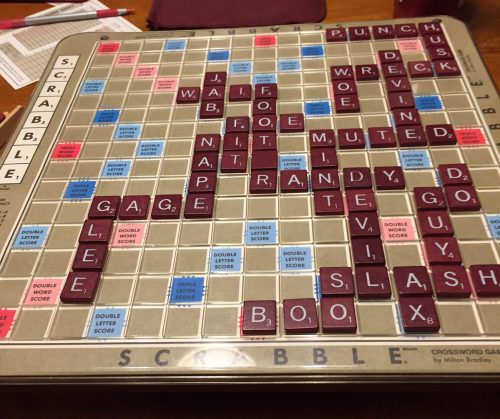 As most of you know, Thursday night was Light the Night. Jake and Jackson braved the rain (yet again) to go support Team Jamie. My friends sent me a bunch of pics from the evening, and it looks like even though it rained off and on it was a pretty great event. Can’t wait to go next year! 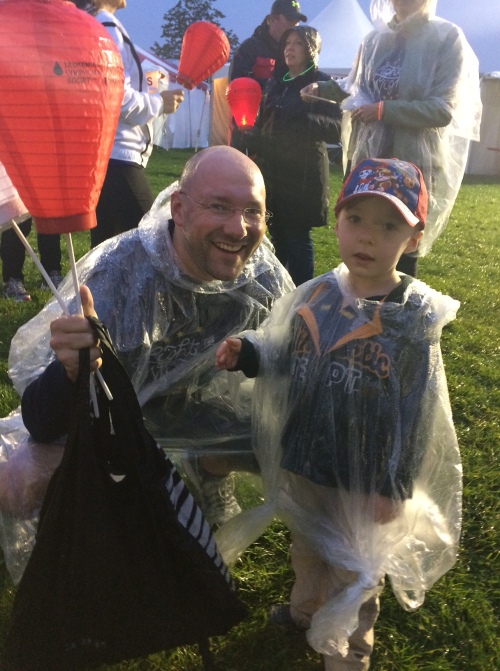 Jake and Jackson gearing up for the walk.

Hey that’s me! Also, funny story. My friend was leaving and said, “Jackson, say hi to your mom for me.” He turned to the sign and waved at my picture, “Hi mom!” What a card.

Team Jamie’s amazing leader and organizer, Andrea! You are the bestest ever! Thank you for putting this altogether and choosing to honor me. Love you lady!

White is for the survivor (me, but I’m not there so they carried one for me…and oh yeah, i’m kind of in the process of surviving but shhhh. I’m almost there). Red is for those supporting the survivors. Yellow is for those we remember/have lost. Not too many yellow ones out there from what I could see. A very promising thing for someone in my position.

Some of my faithful supporters. From left to right: Jackson, Jake, Suzanne, Lindsay and Andrea. You guys are my rock!

This is a screenshot of the Team Jamie fundraising page as of today. HOLY COWS YOU GUYS ARE AWESOME SAUCE! Thank you so much to everyone that has donated so far or come out to the event. You are seriously amazing people.

On Friday, I received this gift in the mail. I got it from Gail Yelton. Who’s Gail Yelton? Well until yesterday I had no clue who she was. But apparently she’s been following along and she’s friends with my friend’s mom (does that make sense?). Anyway. THANK YOU GAIL YELTON!!! This prayer shawl is so warm and cozy and I love the color. I’m trying to stress the coziness of it in my glamour shots-esque pose above. Did that come across? Well, I tried. 😉

I was feeling cheeky (excuse the pun) and decided to capture my hair at its wildest right after I got out of the shower. It only felt right to do crazy faces with it. I’ve got a nice George Costanza thing going on. Thinning on top, thick around the sides. Just how I always dreamed I would look. 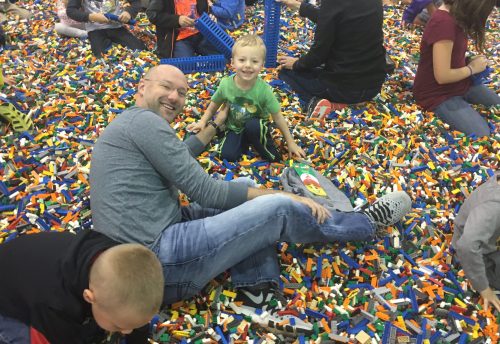 Those boys and their adventures. Today they went to Lego Fest with our friends and had a blast.

So, I’ve revived it from the dead. This is the first draft of a book I wrote two years ago. I wrote it. Hemmed and hawed for a couple months. Then my company went under and we moved and I got a new job…and life just got to be too crazy so it has just been sitting on the back burner since. But this week, I finally dove back in. And it’s both overwhelming and so exciting. I DON’T KNOW WHAT’S GOING TO HAPPEN. EEEKKKK. 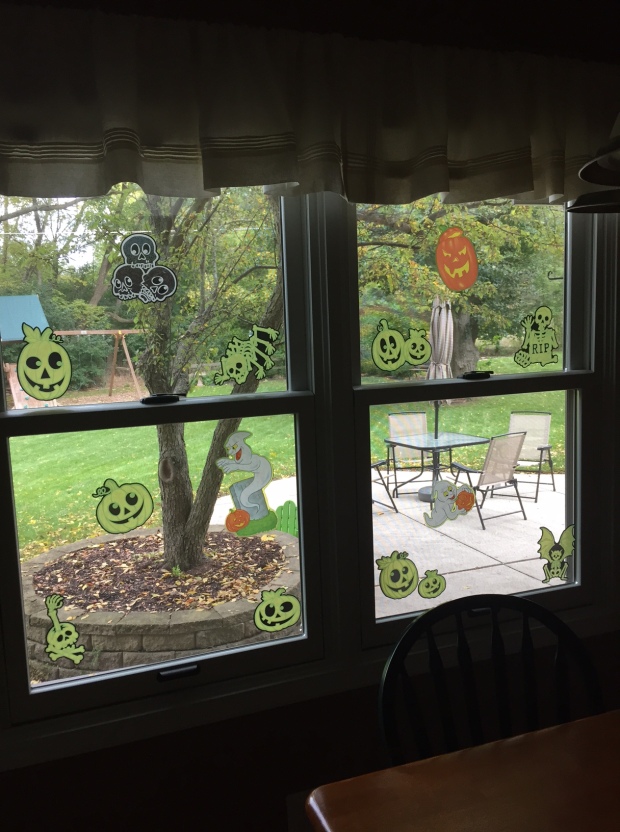 Finally, some spooktacular window decals I put up as it gets closer to Halloween. Ahhh, I love this season.

That’s all I’ve got for you. Have a great rest of your weekend!

4 thoughts on “Arguably the most successful bad week so far.”