It’s a rainy day outside and instead of going for a walk, I thought I’d divulge some of my favorite portraits of Disney princesses (and other Disney folks) as re-envisioned by some truly talented fans.

But I can’t get to it all of it in one post, so today’s take is all about Disney University.

What is Disney University, you ask?

It’s a world created by a very talented artist (goes by the user name Hyung86) in which Disney characters all go to college together (so keep in mind all photo credits go to this guy and that’s why you’ll see a watermark on most of them). Below are my favorites as well as my version of what their lives look like now.

Let’s start off with an easy one. Aladdin kept the shaggy hair, but traded in the rags for a sportier look. His place on the track team and his humorous disposition secure him an invite to all the best parties.

True to form, Jasmine (Aladdin) is still too cool for school. By the looks of it, she’s trading the rebel genes with Aladdin and may be causing more trouble than she’s worth. She’s not sure their high school puppy dog love is going to last in this place. 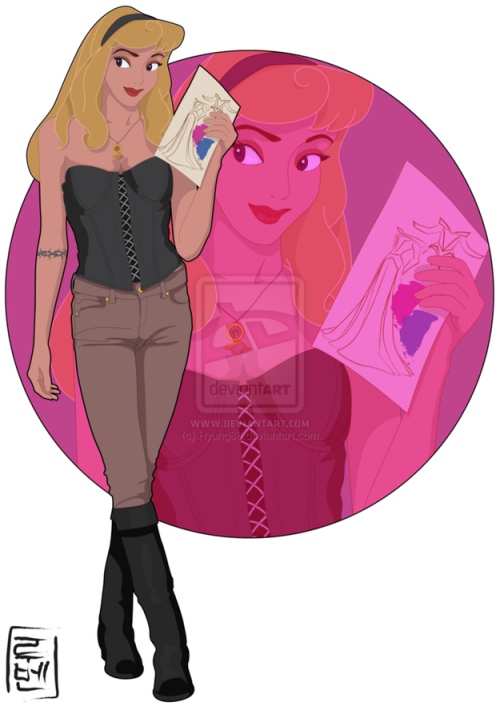 Aurora (Sleeping Beauty) kept the corset but lost the frilly princess dress. She’s still Regina George, but now she’s garnering even more attention…from the boys who should be focusing on their own true loves.

Prince Philip (Sleeping Beauty) still has his classic good looks, but now he’s really nervous about keeping up with Aurora. Can he continue to be the apple of her eye or is she looking elsewhere? Killing a dragon can only get you so far at Disney U.

Belle (Beauty and the Beast) likes to keep up appearances that she’s hitting the books hard, but we all know she’s burning the midnight oil with a certain rugged and reformed bad boy. 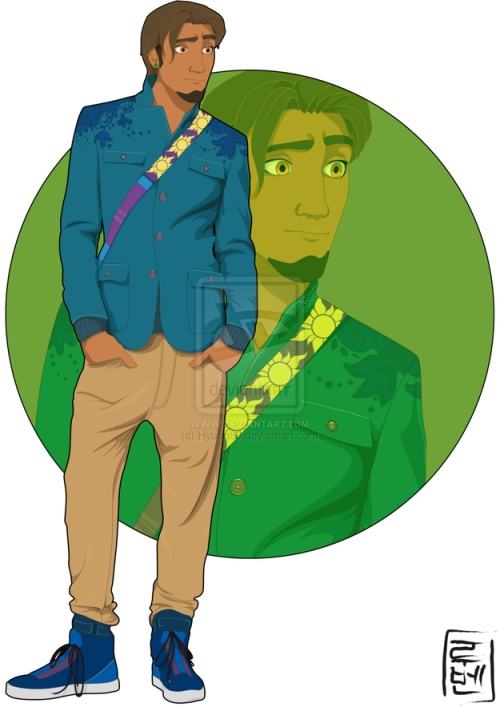 Flynn Ryder (Tangled) is not so sure about his future with Rapunzel. While he once had eyes for only her, he’s starting to see that he shares a lot more common interests with women of a less naive nature.

Kida (Altantis: The Lost Empire) is ready to shed her limited world view and rub elbows with those that understand her outsider ways. If Jasmine wants to galavant around without Aladdin, she can’t be blamed for taking him up on a carpet ride or two, right?

Megara (Hercules) is more than happy to shed her damsel in distress demeanor in favor of her true self – queen of secrets and scandals. She knows who is doing what…and who they shouldn’t be doing it with.

Anyone who’s anyone has been to a Pocahontas gala thanks to a certain Chief whose name is the hottest fashion line from coast to coast. All she has to do is make daddy proud by keeping up her 4.0 GPA and she’ll be poised to rule when she graduates.

To my surprise, there are also human versions of the greatest Disney animal characters. Now my childhood dreams of marrying Simba don’t seem so creepy, right?

Simba (formerly a lion from The Lion King) learned a thing or two from his former scuffles, but he’s not about that bad boy life. What he really wants is to study psychology so he can help others with their daddy issues.

Bambi (formerly a buck from Bambi) is not sure what he wants to study. But he does know that Phillip is way too good for that vapid Aurora. What Phillip needs is a strong and mature counterpart with dashing good looks. And maybe more than a bromance? 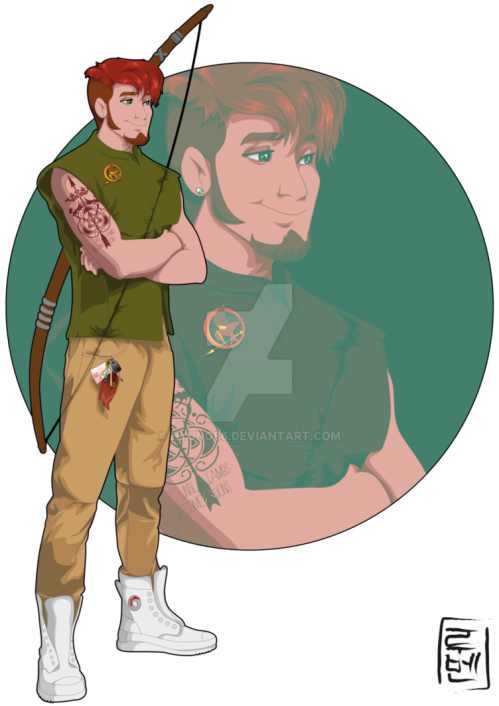 Robin Hood (formerly a fox from Robin Hood) is on to Megara’s games. She pretends to be in control and above that damsel life, but he knows she craves a knight in tattooed armour. He has just the plan to have her falling into his arms in less than a fortnight.

Lady (formerly a cocker spaniel of Lady and the Tramp) is not sure how much more she can take of Tramp’s (formerly a mutt) antics. The spaghetti act was cute when they were in high school, but if they’re going to live in an apartment off campus then he needs to shape up or ship out. Goatee hair is not so attractive when it’s left all over the sink, each morning.

Visit the artist’s site here for a ton of other renditions. Also, stay tuned for the next spotlight on Disney fan art as there is so much more to explore.