I was going to write a post about how sometimes I think I should have been a project manager, but to be honest, this was the blog post that spoke to my heart. So we’ll just go with this.

I love disney. I love everything about it. I’ve only really ever been to Disney World once, but it was great and I’m even more pumped to go there with family once all of this other nonsense (i.e. shmancer) is done with.

In the spirit of that, I’d thought I’d lay down some thoughts on one of my favorite sub topics of Disney – the magical world of Disney princesses. So without further ado, let’s jump in.

They can’t all win. But in the spirit of the Olympics happening right now, it’s only right to award medals to the top Disney princess contenders. 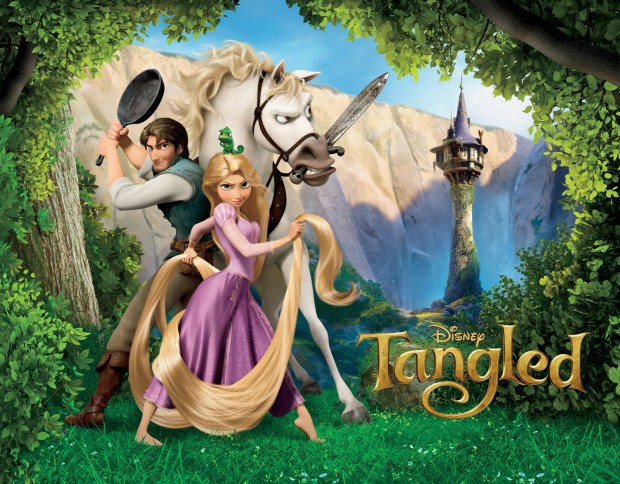 I. Fricken. Love. This movie. And Rapunzel is definitely the best Disney princess.  Here’s why:

She’s brave. The girl has been literally trapped in a tower for 99% of her life and she has absolutely no clue what she’ll encounter when she leaves the tower, but she forges ahead anyway. I mean, think about if you were to just land on another planet with absolutely no previous knowledge of what to expect. You’d be pretty freaked out about encountering dangers, right? Well, maybe she’s not landing on another planet, but this girl doesn’t even own shoes because she’s never even touched grass before! That’s crazy! And brave. Very brave.

She can protect herself. This is not a damsel in distress. She wields a frying pan like no body’s business and knows how to turn bad guys into softies…they have emotions too!

She distrusts strange men, even if they’re good looking. The first time she met Flynn she hit him with the frying pan…three times. And locked him in a closet. And tied him to a chair with her hair. FINALLY a Disney princess with some common sense!

She has amazing hair. Alright, you know I’m all about the good hair, so this shouldn’t come as a shock. For the majority of the movie, she rocks a long blonde head of hair. And even at the end she rocks short brown hair. My kind of multi-faceted princess.

Finally, she’s likable. Her personality, her motives, her sense of guilt (yes, I respect that!)…all good things that really round out her general awesomeness.

SILVER – Ariel (from The Little Mermaid)

Mermaid becomes human? Consider me sold. Okay, she’s not as cool as Rapunzel, but she’s responsible for the re-emergence of Disney’s animated feature films (I’m pretty sure that’s fact…not just my opinion. Maybe don’t google that). Why is she cool? Here’s why:

Not your typical princess: Okay, so in comparison to newer Disney princesses, she’s still quite traditional in the princess sense. She falls for the first human guy she sees. She’s not funny and quirky like Anna (from Frozen). She is way too trusting of bad people. BUT. Back in the day, she was breaking the mold of Disney princesses before her. She was disobedient. She was always off on some adventure with her friend, Flounder. She was the one seeking out the guy…not the other way around. She evolved the role of Disney princesses into what we know today.

That. HAIR. Okay, maybe she set some very unreal expectations of what your hair could look like in, or coming out of, the water, but those were serious hair goals for all girls and I’m still trying to accomplish that effortless wave to this day.

She’s hot. Alright, so this is a superficial one and I’m not proud of it, but she is beautiful. Hot, really. And I was a generation that grew up with barbie dolls and that was something that I respected. SORRY.

If Aurora were a mean girl, she’d be Regina George. Sure, she only has 18 lines in the whole movie…fewer than any other Disney protagonist (besides Dumbo who is silent the whole movie). And sure, she “touches the one thing she shouldn’t touch and is just the complete damsel in distress figure” (as my friend Sophie points out)…but she still gets a bronze in my book even if my reasons are very superficial. So here’s why:

Epitome of grace and style. Although this was created way before my time, she was the on screen version of every one of my favorite barbie dolls at the time. And they were graceful and they had style…even the workout barbie.

This song. Swoon! Every time I hear this song, I envision myself dancing through the forest with my own handsome fella. Yes, a girl can dream and I did! Let’s play it back, shall we?

No, they didn’t medal. But they’re still pretty awesome in their own right. And maybe some of them could have tied for bronze, even.

Can I get an amen for Kristen Bell who voices Anna? Oh. No? Okay. Totally get it. Moving on. Here’s why she’s pretty cool.

She’s really awkward. Like me. Is that a plus? Well, not always, but I like that I can relate to her on that level of awkwardness.

She’s actually super nice. Anna is nice to everyone she comes across. Shopkeepers, trolls, strange guys who talk to reindeer. Okay, she has one not-so-great run in with a snow man that could kill them, but who hasn’t, really?

Hoes before bros. This was the first Disney princess movie where the idea of love is more focused on sisterly love over the falling in love with a guy, love.

No, I won’t throw out a corny joke in reference to the song you can’t forget. Let it go, already! (teeheehee). Let’s get into it:

Magical powers. Need I say more? Elsa is the only Disney princess with magical powers. Would I like to control weather and create cute snowmen named Olaf? Yes I would like that.

Queen of IDGAF. If you were told to muffle and hide your powers for most of your life, you too might be a fan of the IDGAF attitude. No wonder she needed to break free to go build her own ice castle in the mountains away from other’s judgement.

Bringing back the side braid. Side braids and fishtails are finally finding their time in the sun, thanks to Elsa’s help. You’ll be hard pressed to attend a bbq this summer without seeing one.

Her storyline isn’t the most compelling, but she has one thing that the others don’t. It’s obvious right? Well here it is…

The tiger. OBVIOUSLY. A princess with a tiger? Well, that’s basically my dream in life, so yeah, I dig it. Stuck behind the palace gates? Maybe not so much, but it’s all good when you’ve got a tiger.

The girl you wanted to be in high school. You know…the one that hangs out with everyone, but also scores the most on the soccer team, all while effortlessly acing Pre-calculus. And did I mention she mentors others? That’s Jasmine, for ya. It’s stupid how cool she is, and you’ll never be that cool, sadly. 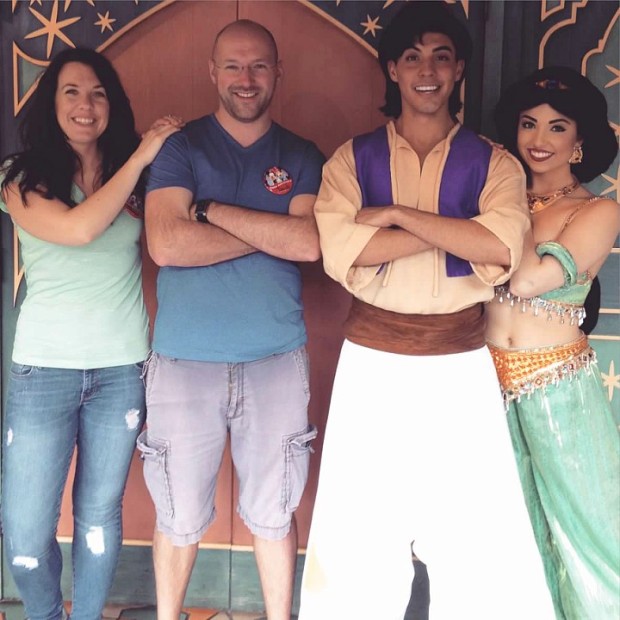 Once upon a time…I made Jake stand in line for forty-five minutes so that we could get a picture with Jasmine and Aladdin. The end.

Tiana (from the Princess and the Frog)

Confession. I’ve only seen this movie once. For shame! For shame on me! But obviously, Tiana made a lasting impression. Here’s why.

Girl, you better work. When it comes to Disney princesses, this one knows how to work for what she wants. Lean in, you say? She practically invented that saying! Seriously, her work ethic is amazing. Sure she kind of fell into the whole princess gig, but she kept her eye on the prize (her restaurant) even then!

These ladies are pretty cool for various reasons, but they just don’t make the top of the list for me, personally. Also, this post is getting long, but I don’t want to leave these ladies hanging…so we’re going to speed this up a bit. 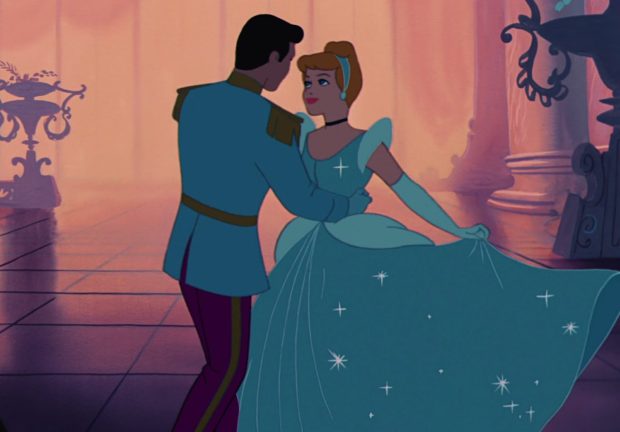 Her step family sucks but she puts up with all of their shit. Good for her for getting the prince. And bonus is she’s friends with Gus Gus. He’s pretty cool. Also, her dress is what dreams are made of.

Belle (from Beauty and the Beast) 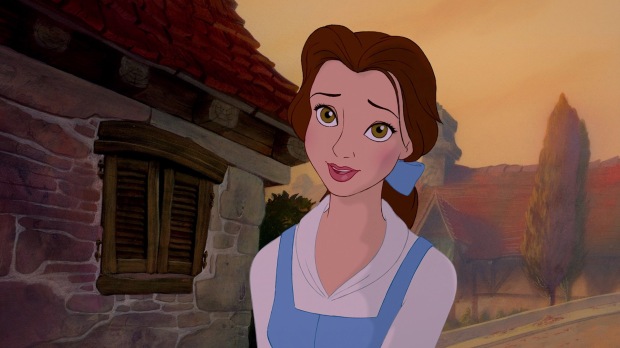 Belle was the first Disney princess to prize book smarts above looks. I mean, she fell in love with a beast, so obviously looks didn’t matter to her (But I mean…the beast was hot as far as beasts go. We can agree on that right?). And she continued to rise above the bro behavior that Gaston displayed every time he saw her. Good for you, Belle!

Home girl is, well, brave. And can wield a bow and arrow better than the boys. And does NOT need a man to define her Disney princess status. And she saves her brothers when they become bears. All good things. 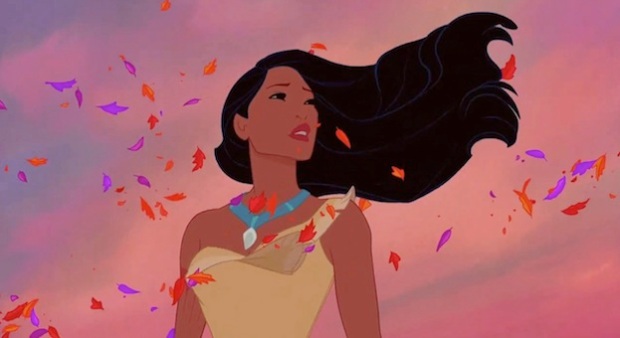 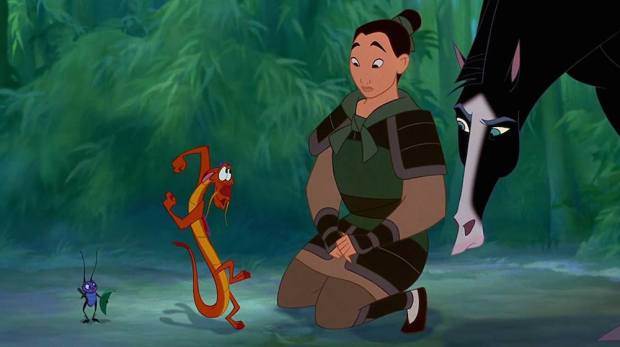 Spoiler alert. Mulan isn’t actually a princess (WHAT?). But because she has great marketability, Disney includes her in the “Disney princess mythology”…supposedly (I read that on Disney reddit thread). But since they include her, we’ll count her in.

Mulan proves she can do a man’s job, so that’s cool. Breaking down traditional roles and showing her family that she has more to offer than just being a pretty thing to look at is always good.

Ugh. My eyes roll just thinking about this one. Let’s get on with it, I guess.

Snow White (from Snow White and the Seven Dwarfs)

Seriously, Snow White? Seriously? You think it’s a great idea to live with seven guys? And all you do is clean up after them while they go off to work in the diamond mines? You’re a terrible role model. Terrible.

I love Disney princesses, but to be honest this was a pretty difficult thing to do — actually ranking them. And also, I didn’t really cover their flaws…and there are a LOT of flaws. Like, some of them are just straight up idiots. The below is what I would tell them NOT to do, but since it’s too late for them, maybe just adhere to these yourself.

Are you better off having read this post? Of course you are. Think about how well educated you’ll be the next time you talk to your nieces and nephews about this very important topic. They will think you’re a master of biased Disney princess knowledge.

p.s. Lindsay – if you’re reading this post, I legitimately want to know who your daughter would rank from best to worst. Her opinion as a five-year old is really the only one that matters to me.

6 thoughts on “A completely biased ranking of Disney princesses”