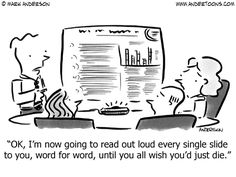 I’ve been working at my new job for almost seven months now. That’s not very long in the grand scheme of things. Seven months into my former position and I was still struggling to understand the industry and slowly starting to figure out a corporate world that was much different from an agency world. It wasn’t until I was with that company for almost 2 years that I felt more confident about what I had to offer (Probably would have been a shorter amount of time if I hadn’t been on maternity leave for three of those months).

So it is a little surprising that at seven months on the job, I once again have that spring in my step.

I no longer feel the need to start my assumptions with “Maybe it’s because I’m new but…” and now can confidently make my assertions and feel very comfortable making recommendations.

This is all good news. At my annual review (which was really at six months), I got some good praise and it was clear I was moving in the right direction. But the question that stumped me when I started with my last company was still as perplexing with this new position.

“Where do you see yourself going?” In other words, what’s the path you want to take to progress your career? At my last company, I had just started as a digital copywriter and I was thrilled to be doing just that. I had only been doing that for a couple months when I was asked where I wanted to go next and I really didn’t have an answer. In fact, I think I said, “Is it wrong to just want to do this for a while?” And my boss smiled and said, “Of course there’s nothing wrong with that!” But then he also continued, “But let’s keep this conversation going for when you do start to figure out where you want to go.” I agreed and didn’t really give it a ton of thought at that time.

Then, about 18 months after I’d been there, I started to figure it out. The thing I wanted to be. It was right as I was learning about content strategy. After reading a short article by Kristina Halverson and then seeing her at a conference I attended, I just felt something spark inside of me. I was thinking, “She’s reading my mind. She is saying EXACTLY what it’s like to be in my position and she gets not only the frustrations of this work, but also has a clear path forward that I could also take.” I was so excited to see her talk that I made myself go thank her afterwards. It was awkward and not my best showing, but I’m glad I got to give her thanks.

From that point on, it was clear what my next move was, and then my conversations with my boss were very clearly pointed in that direction. Looking back, it took a bit longer than I wanted to get to that next point, and it didn’t have the exact title I wanted, but the work was there and it was some of the most gratifying work I had done for that company.

Unfortunately, that’s where that story ends because of the inevitable demise of my company. I was in that position for a year and a half, slowly creating a content team when the business went under.

Fast forward to my annual review with my current employer and the same question being asked.

With this job, I have the title I want. I do the work that I love. But unlike with my last company, I knew I didn’t want to have the same answer in that first meeting. I knew I wanted to go somewhere, but I just couldn’t pinpoint it. So we talked about the various areas in the company where my skills might fit. Product management, business analyst, information architect. These areas all had overlapping skills…but they were missing the critical piece that had always made my work worth while…a focus on the message, the content.

I still wanted to do content strategy, I just wanted it to work better. I wanted to have more of an impact. With our current technology platforms, and the different process we have here, I have less of an understanding of how the content goes in and how I can make it the most effective. So a lot of my time is spent not only figuring out what the content strategy is, but also how I’m going to make it work, and so many times it feels like I’m coming up short because I don’t have all of the pieces to the puzzle.

And this hasn’t gone unnoticed. My boss reflected in our meeting that “Some people think you secretly want to be a business analyst.” We both laughed because there’s some truth to it. I don’t like just handing over direction without knowing exactly how it’s going to be implemented.

So I continued to think about this. And lo and behold, a couple weeks later, a lightbulb moment finally occurred much like when I attended that conference and really understood content strategy.

It’s the thing that I couldn’t pinpoint for so long. It’s the other side of the coin. It’s the complementary role to a content strategist.

I read this great white paper that Simple [A] put out about content engineering – the need for it, how it works with a content strategist, how it helps bridge the gap between what you want to accomplish and how it actually gets developed and implemented.

From the Simple [A] website (where you can also download their white paper), the following is a great summary of the need for a content engineer…

Creating and delivering engaging content experiences to customers across multiple channels challenges even the largest organizations. Layer in personalization, interaction, and hundreds of device types and it’s no wonder marketing technologists have trouble keeping up!

What does this mean for me?

Well, I’m still not sure. Do I want to be a content engineer or do I just really want to work with one? I’m still not sure. For now, I’m okay exploring this more knowing that I actually have a combination of content strategist and content engineer skills. But eventually, there will be a fork in the road and I’ll have to decide. But at least I know what those paths look like now.