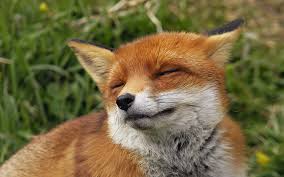 Side note: I’ve had this post sitting as a partial draft since September 10, 2015…so even then I couldn’t pull the trigger. Sheesh. But I guess it’s a new year and all that jazz.

It will all work out in the end, but you need to take it easy on yourself. So that’s why I’ve been silent on here for a lot of months. I just couldn’t fathom writing or trying to be inspirational or trying to figure out the grander meaning of things. Some people need to write through the feelsies. Not me. I’m more of a reflector. Internal reflector. How boring right?

Well, fine, I’ll give you the bulleted list of events.

So that’s life over the last however-many-months in a nutshell.

Let’s move on to JOMO.

Not many may know about JOMO. It’s basically the opposite of FOMO. Not familiar with FOMO? Then let me enlighten you.

FOMO stands for Fear of Missing Out.

It’s a nasty bugger. It really gets people down. A lot of times you get FOMO just after scrolling Facebook too long and getting jealous of others. Or just having this general sense that people are doing things without you. How DARE they, right? Well. They do dare.

I never liked that feeling. I don’t even like the thought of feeling FOMO. Why can’t I just be secure enough not to feel like I’m missing out?

So I wanted to work on that. What’s that phrase that I’m about to butcher?

“Comparison is the thief of joy.”

…Or something like that. And it’s true. We all need to stop comparing ourselves to others. But this isn’t your self-help post for the start of the year. I really don’t care if you keep comparing yourself to others. Just know that it’s probably not making you happy.

But instead of changing my state of mind, I thought it would actually be easier to just…have less ways to compare myself to others. Facebook and Instagram have been my favorite buds for a while now. But we cut ties on January 1. Accounts have been deleted. Random comments and appreciative likes will be lost. No more checking to see if someone tipped me over the magical “11 likes” on Instagram. No more scrolling to see what everyone is up to on Facebook…five minutes after I last checked it. “Did you do something now? How about now?”

And honestly, six days in and I’ve only had to retrain my muscle memory a couple times. And that, my friends, is where I’m starting my JOMO life.

JOMO is the JOY of Missing Out.

First…let me point out that I’m not clever enough to have come up with that. I first saw The Oatmeal do a comic on it, but maybe he’s not the first. Regardless, I love the idea. And obviously, I agree with it!

JOMO for me is not declining to see friends or family. I mean, I do that sometimes for good reasons, but that’s not part of my JOMO mantra.

For me, JOMO is the following…

There’s probably more, but you get it. It’s more about being present…and not living vicariously through the lives of others. Embrace that you don’t know what’s going on at all times. Embrace the times when you’re not bombarded with millions of advertisements, crazy politics or sad news about your friends or families. The important stuff will get to you regardless, but you don’t always have to seek it out at every spare moment.

I’ll be on again…at some point.

*Also noteworthy…foxes might be my spirit animal for 2016. But also, doesn’t this particular fox just look like he’s very invested in the JOMO life? I think so.